Kinderhook Elks Veterans Committee have been presented with a memorial T-Shirt for their continuing work with Veterans.

The T-Shirt commemorates  fallen servicemen SSgt Christian Engeldrum  and SSgt James McNaughton. They were members of FDNY and NYPD, respectively, and were both deployed to Iraq after their departments were activated with the NY Army Guard. More information is available on the Military Times website: see SSgt Engeldrum and SSgt McNaughton.

In 2005, the FDNY established VFW POST 12033, which is named in Chris's honor. The FDNY VFW Post 12033 annually sponsored a Rugby game between the FDNY and NYPD.  The game started as a fundraiser with all the proceeds going to both Chris’ and James’ families.  The last game was played in 2014, which was the 10th year since Chris's passing.

The T-Shirt was made for, and sold at the final game. It was presented to Kinderhook Elks by Senior Master Sergeant William Hayes, retired, who also served in FDNY and NYPD. 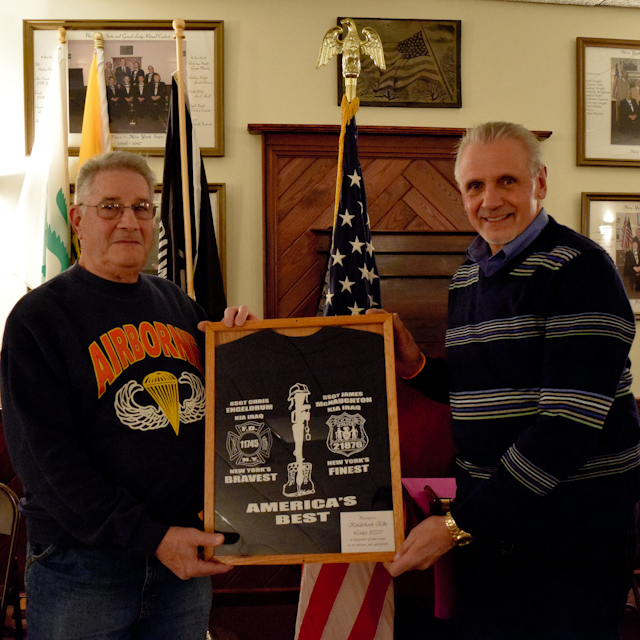 The T-Shirt has been framed and is hanging in our lounge for all to see. 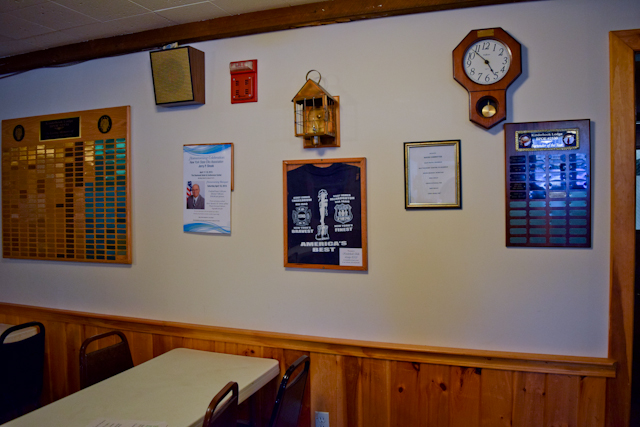