Each year, the Marion Stegmann Fund delivers food and gifts to needy families throughout Northern Columbia County. The work is split between the Kinderhook Elks and the Ghent VFW.

Saturday/Sunday - Work begins
This year, work began on the weekend of September 13th/14th, when some of the toys collected by Ghent VFW were transferred to St. Luke's Church in Valatie. On Saturday, hats and gloves (mostly knitted by volunteers during the year) were sorted according to age and gender. On Sunday the boy scouts delivered and sorted the non-perishable food items they had collected. 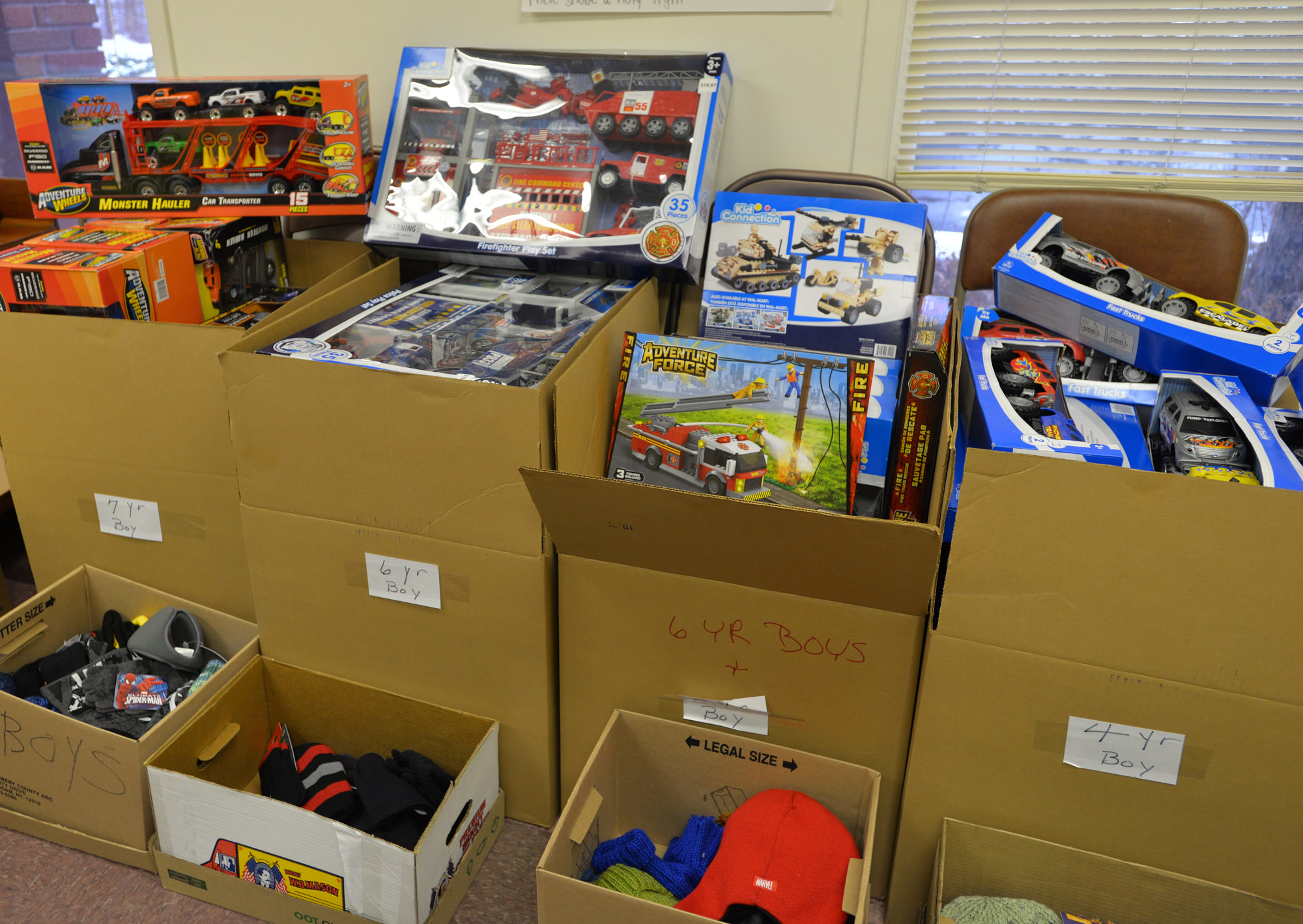 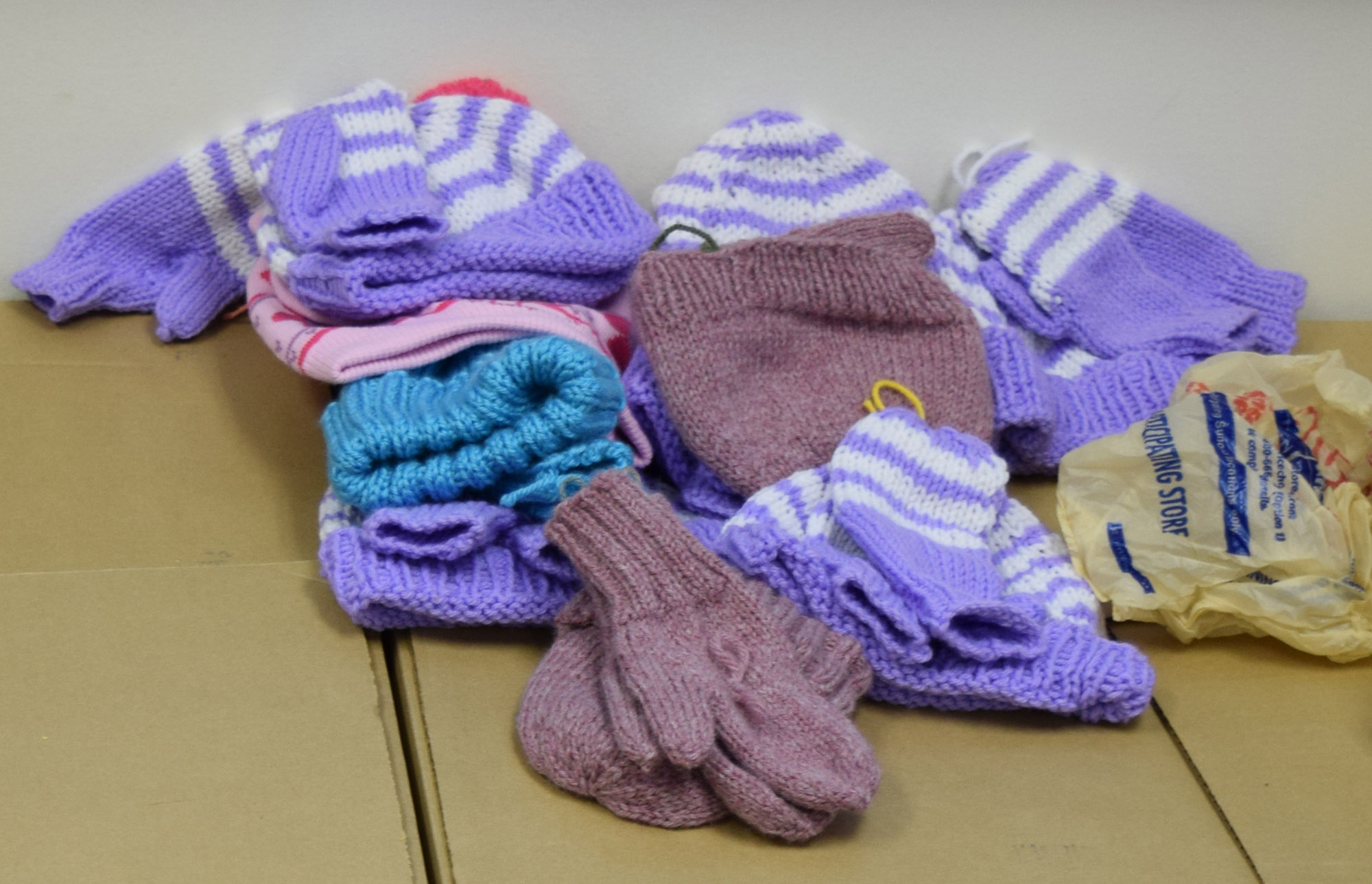 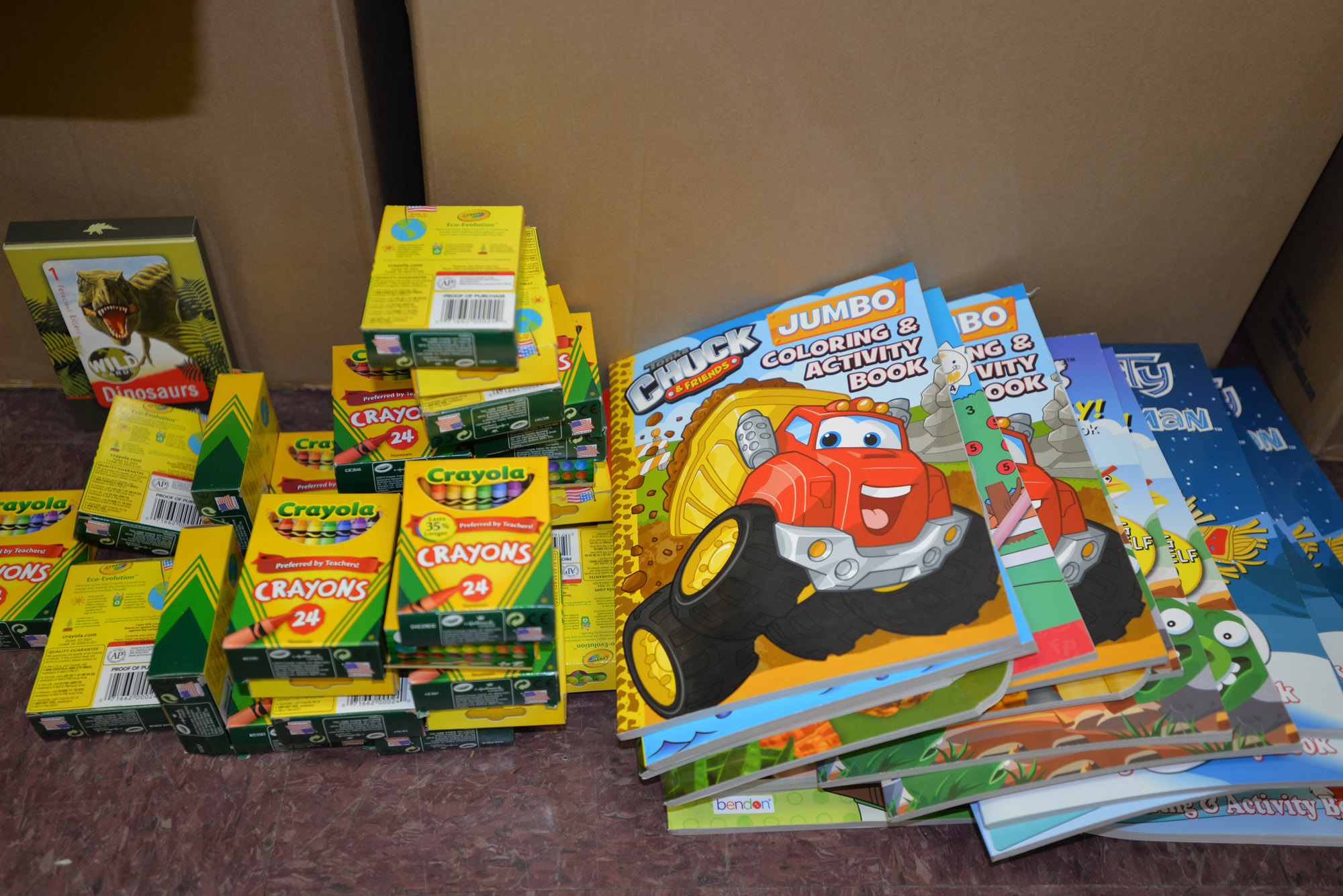 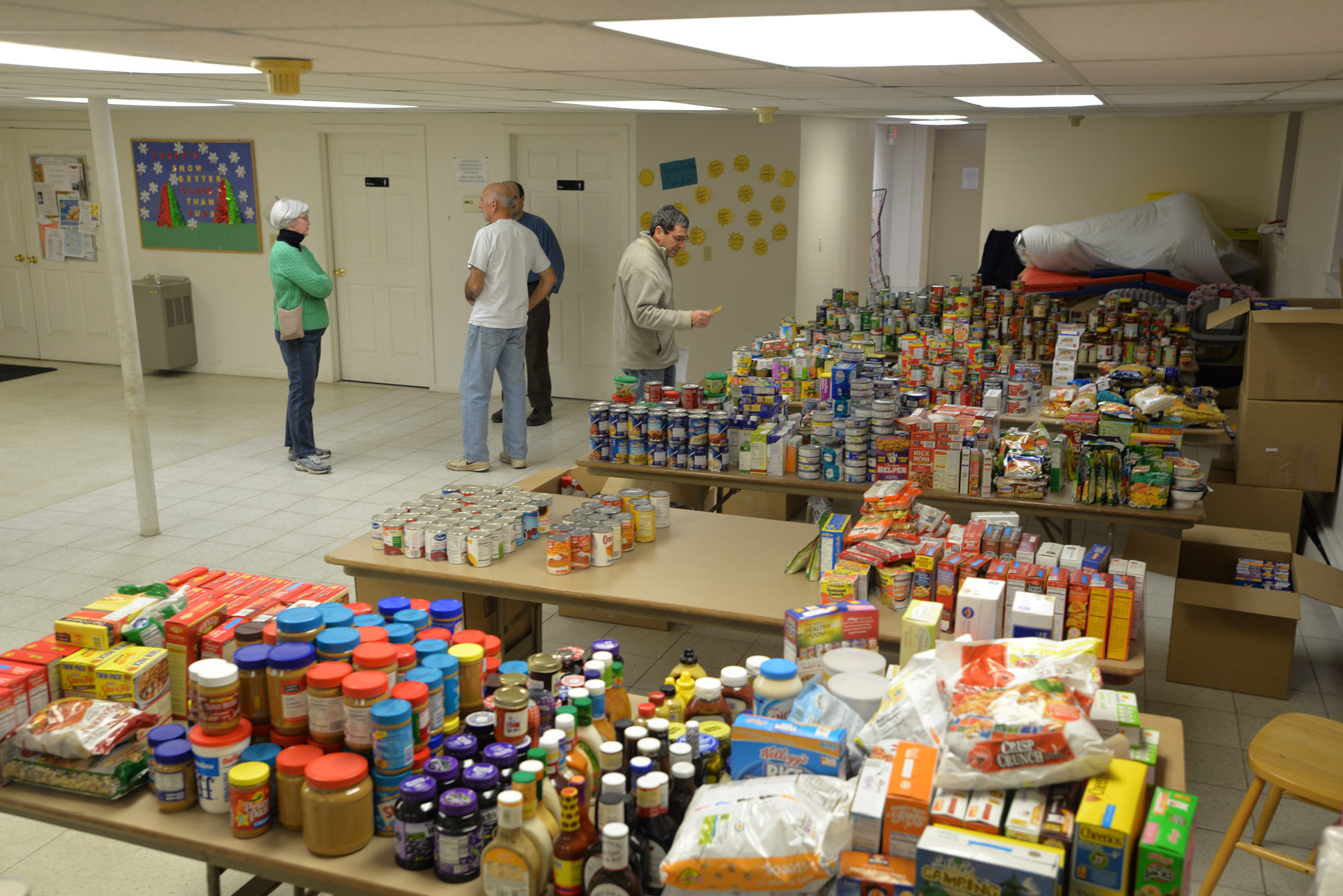 Tuesday - Toys are wrapped
Volunteers came to St. Luke's on Tuesday evening to wrap the toys. Each child in the program receives a toy plus a knitted hat and gloves. Each family also receives a game. 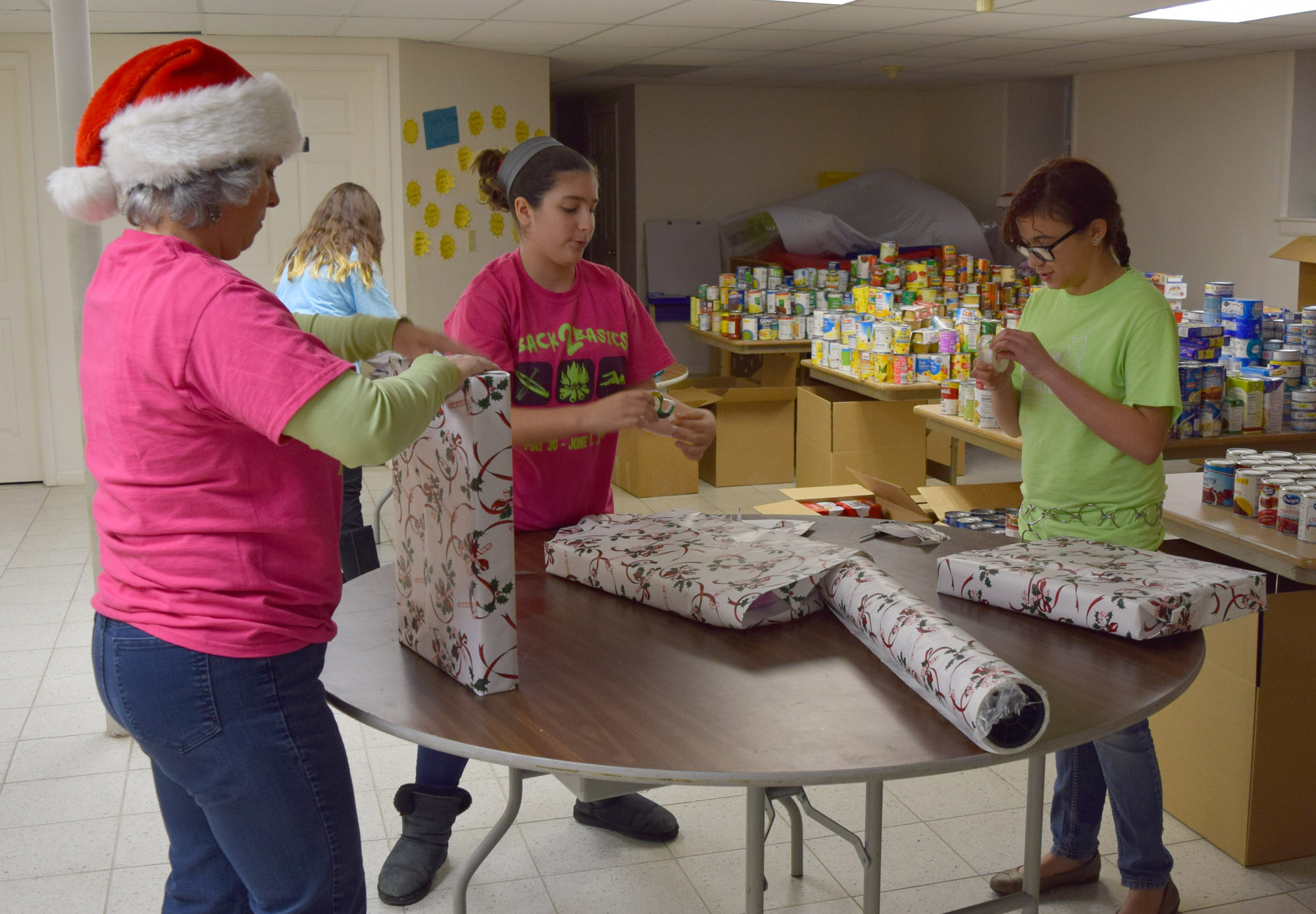 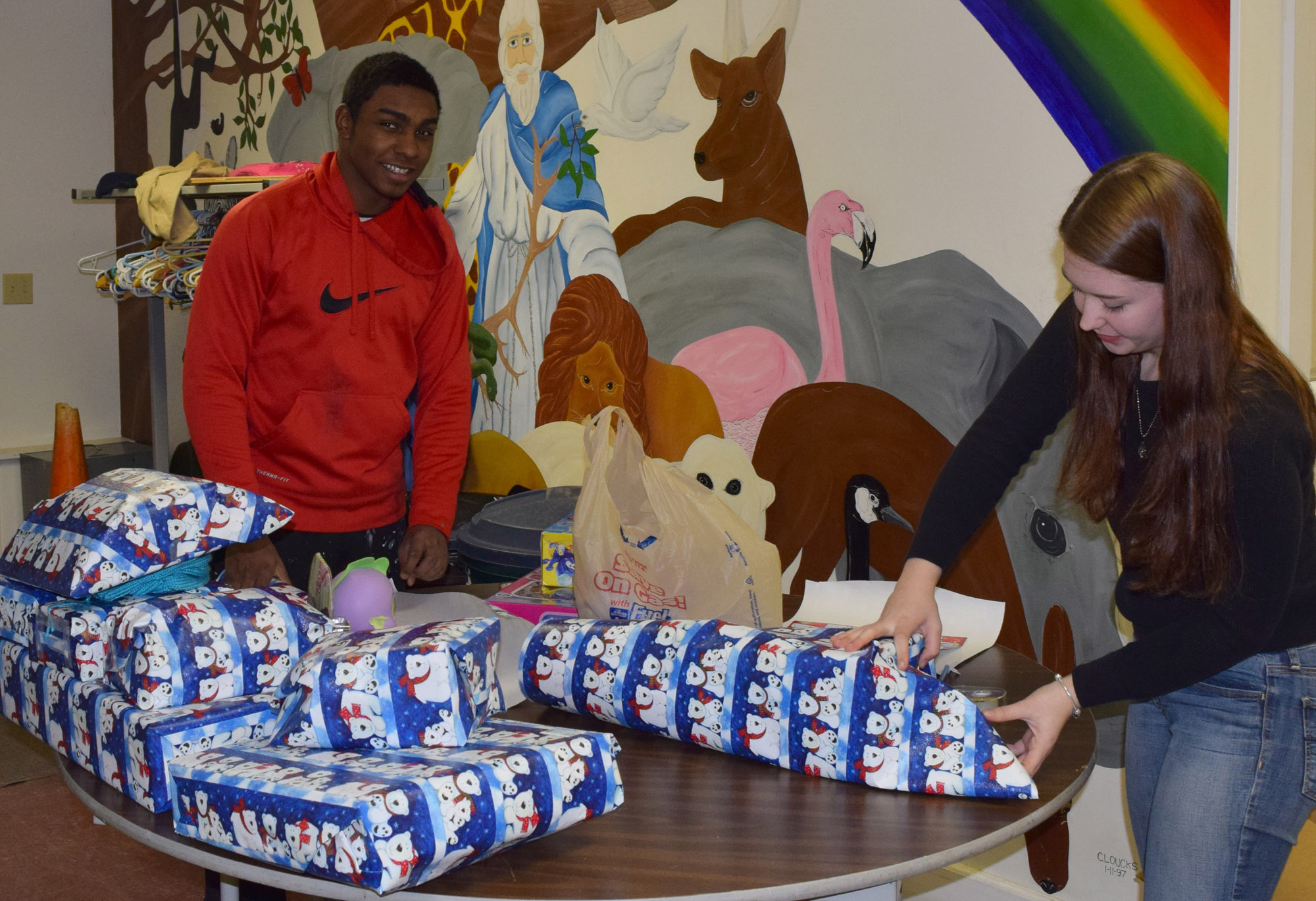 Thursday - Food arrives
On Thursday evening, a truck delivered food that had been purchased from, and donated by Hannafords in Valatie. (The truck and driver were both kindly loaned by Mario's True Value.) To give an idea of the scale of the operation, the delivery included 280 4lb bags of sugar and 280 5lb bags of potatoes.

Inside St. Lukes, 330 boxes were lined up ready to be packed by the many volunteers. Families of 1-6 receive a single box. Families of 7-9 receive two boxes and families of 10 receive three boxes. 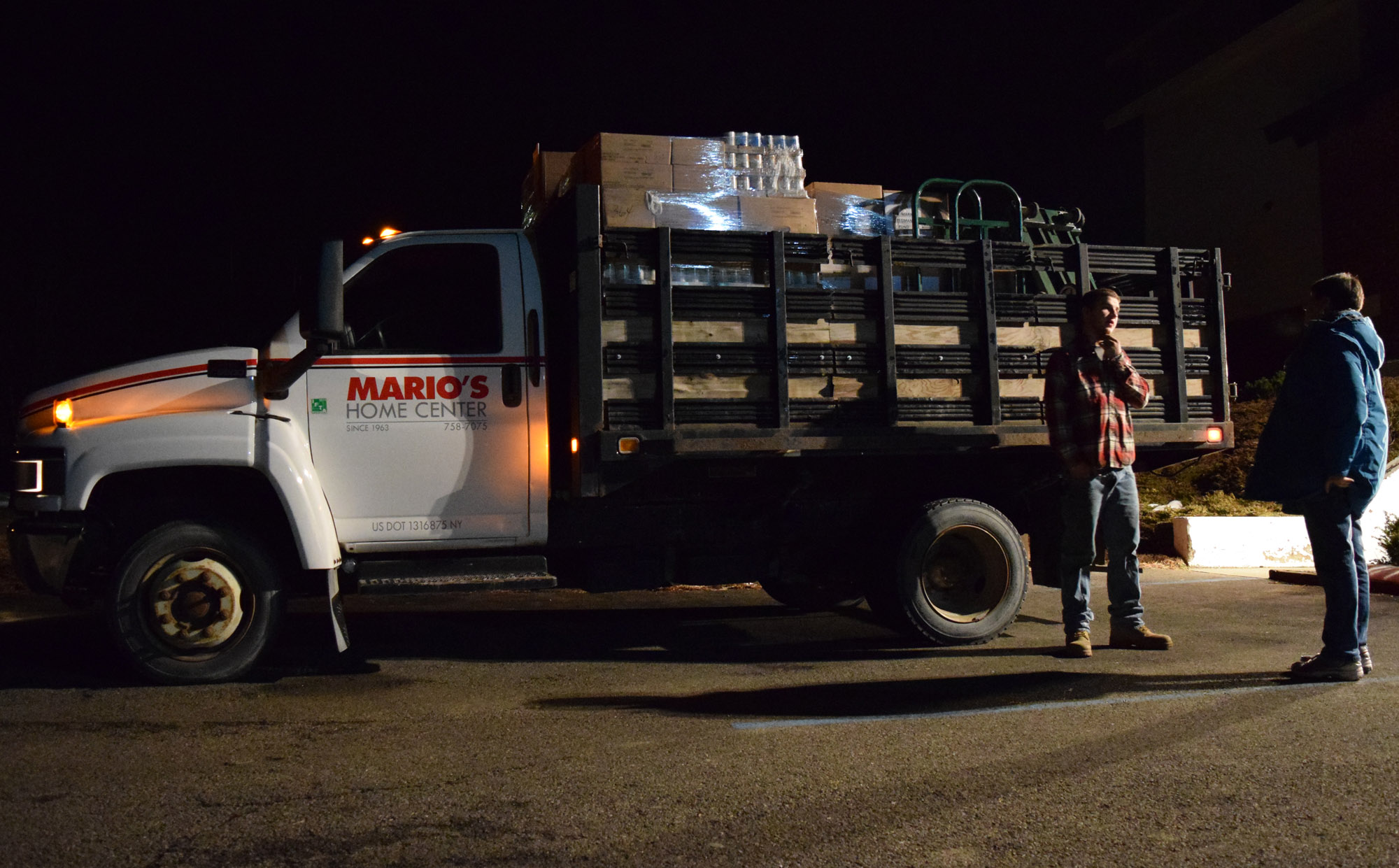 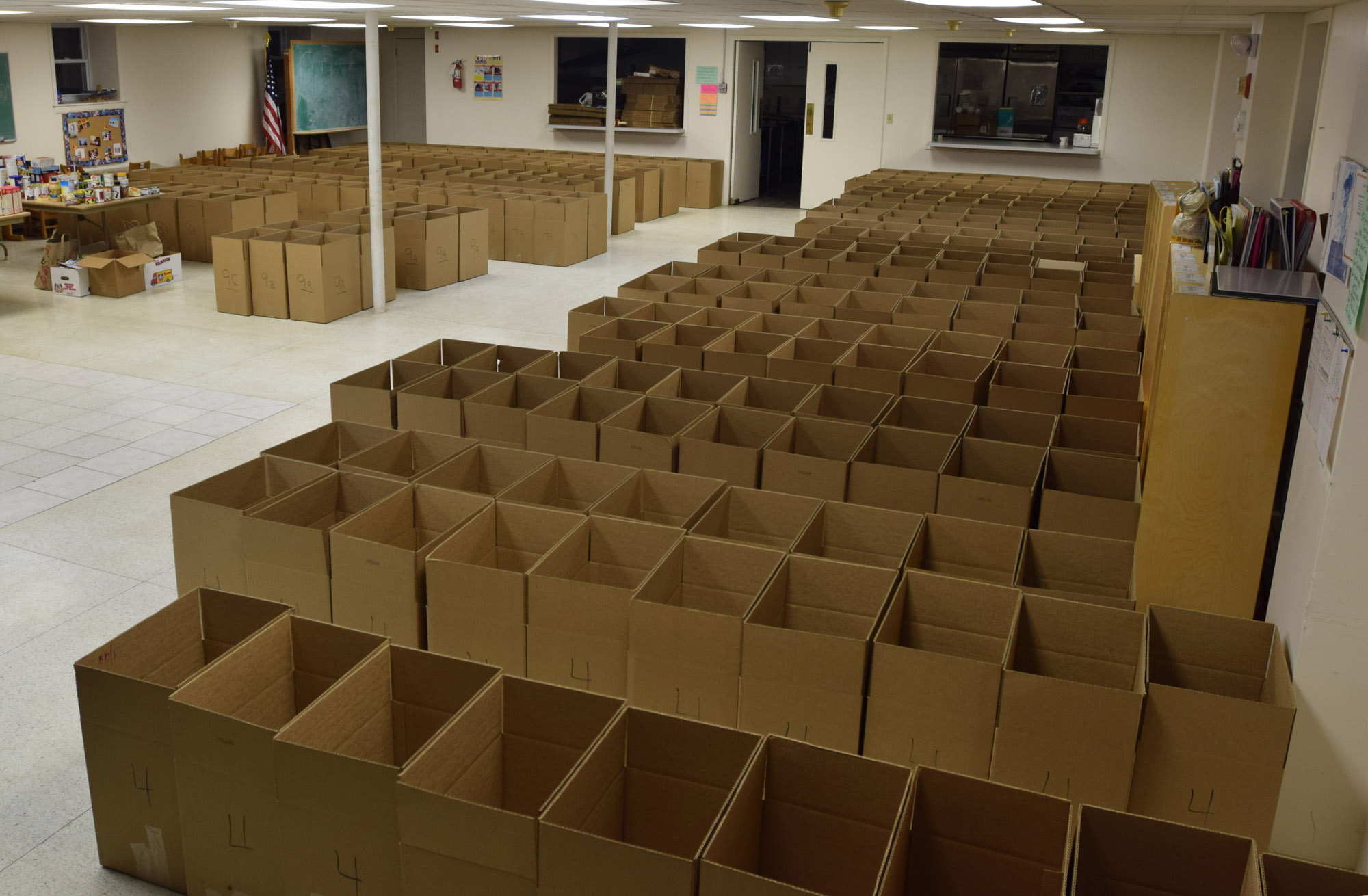 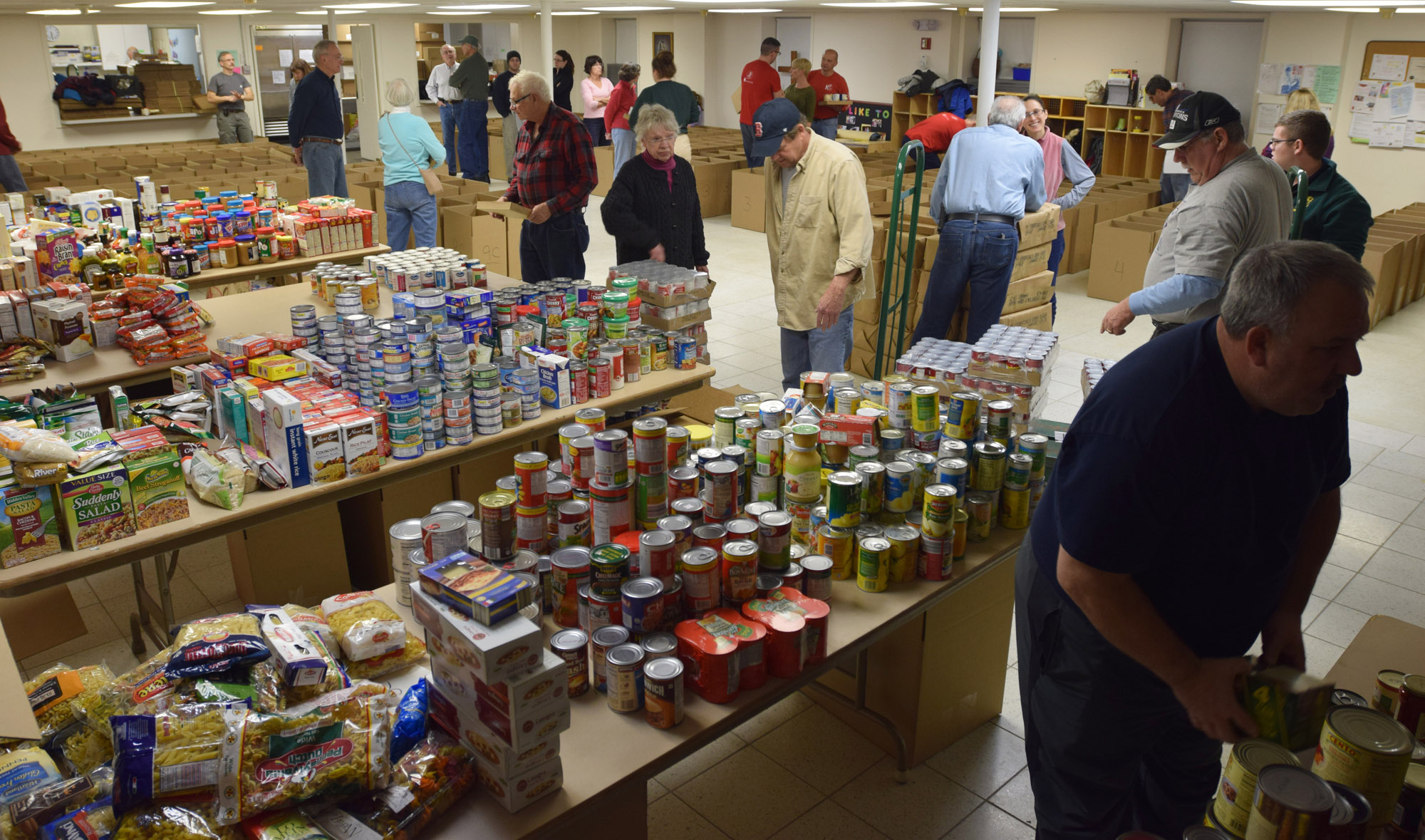 Saturday - Delivery day
About half the boxes were moved over to Ghent VFW on Friday, ready for their volunteers to deliver on Saturday.

At daybreak on Saturday, perishable food items were delivered to St Luke's by another Mario's truck. The bread, butter, milk, eggs and frozen chickens are distributed among the remaining boxes, which are then loaded into volunteers' cars and trucks for delivery around northern Columbia County. 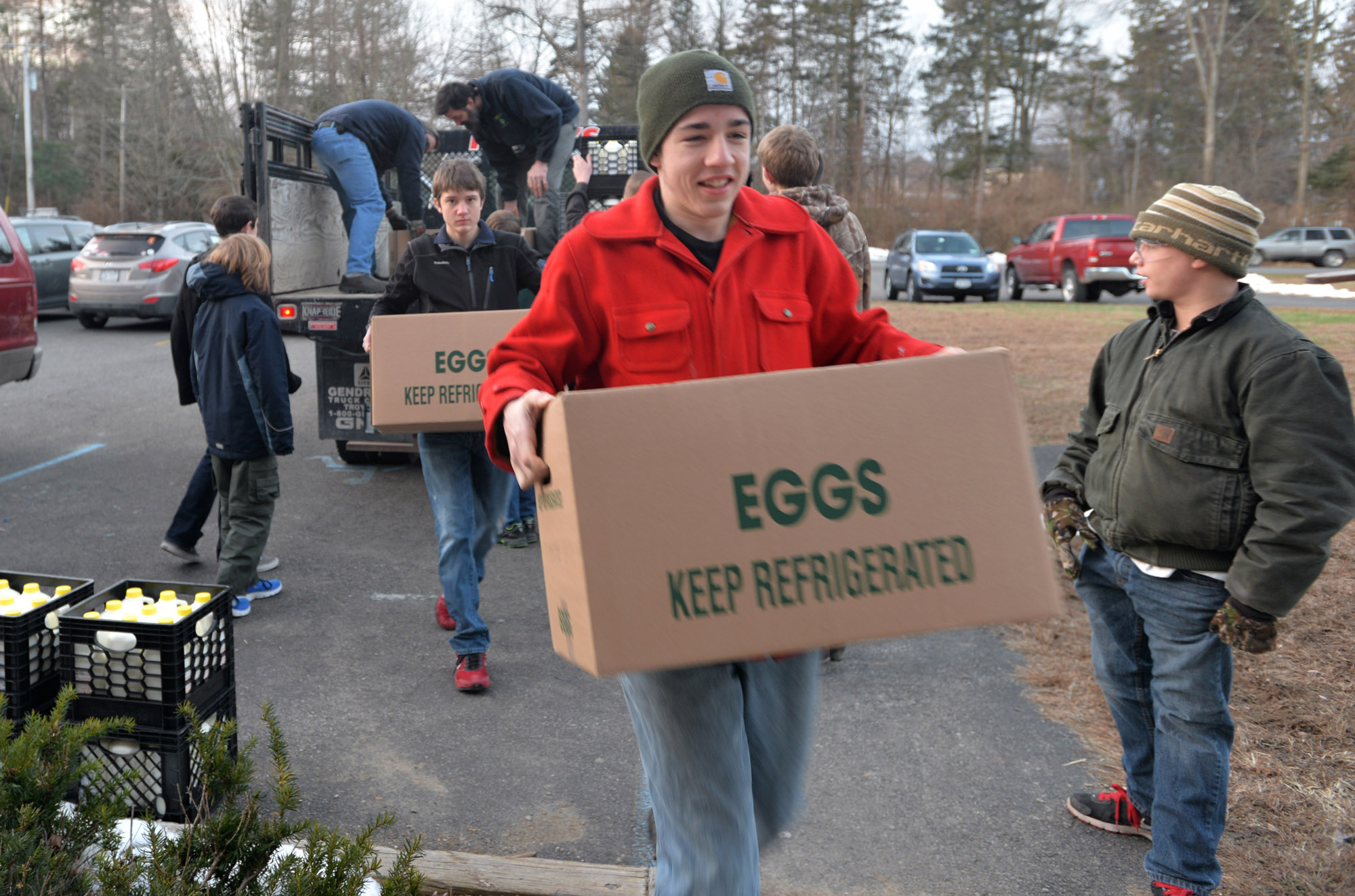 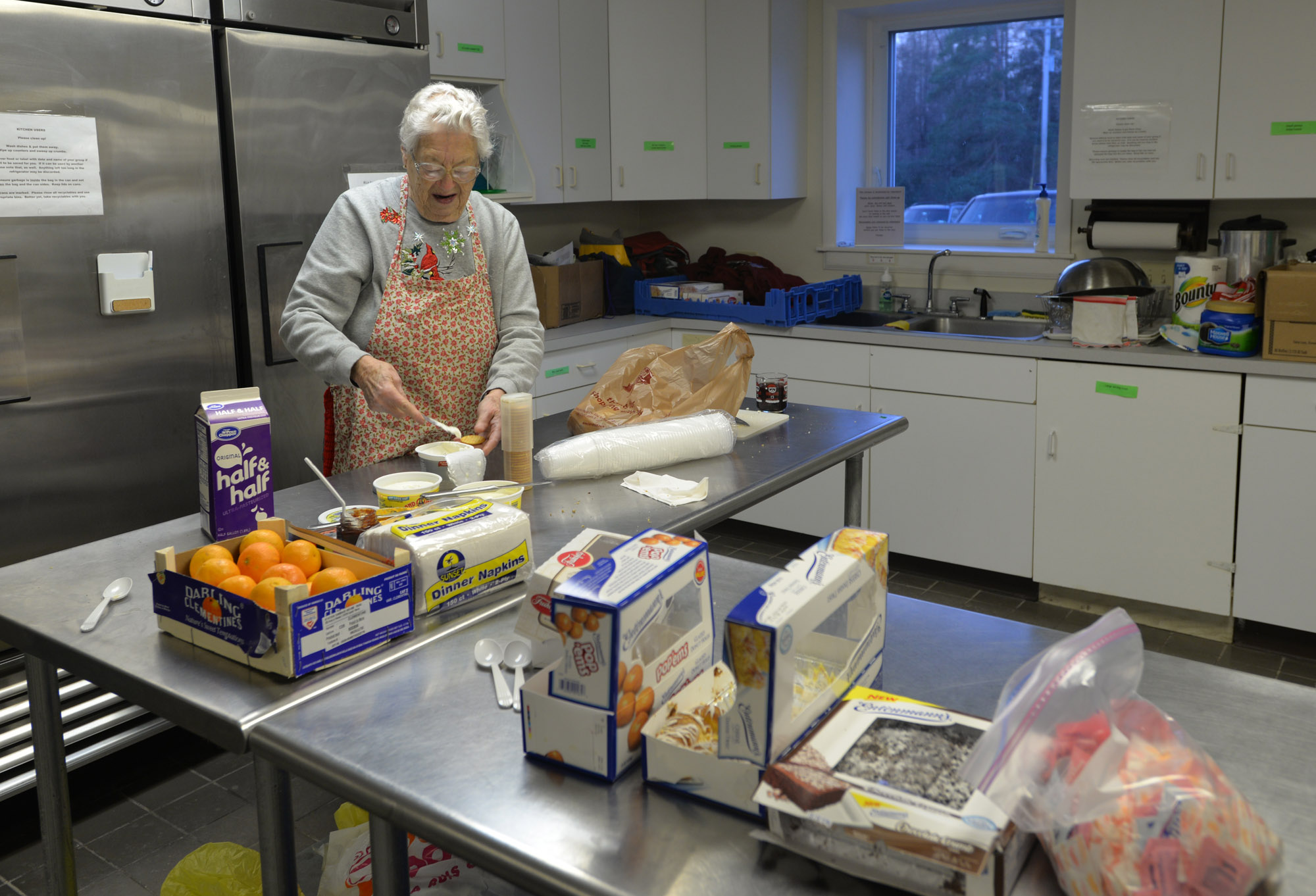 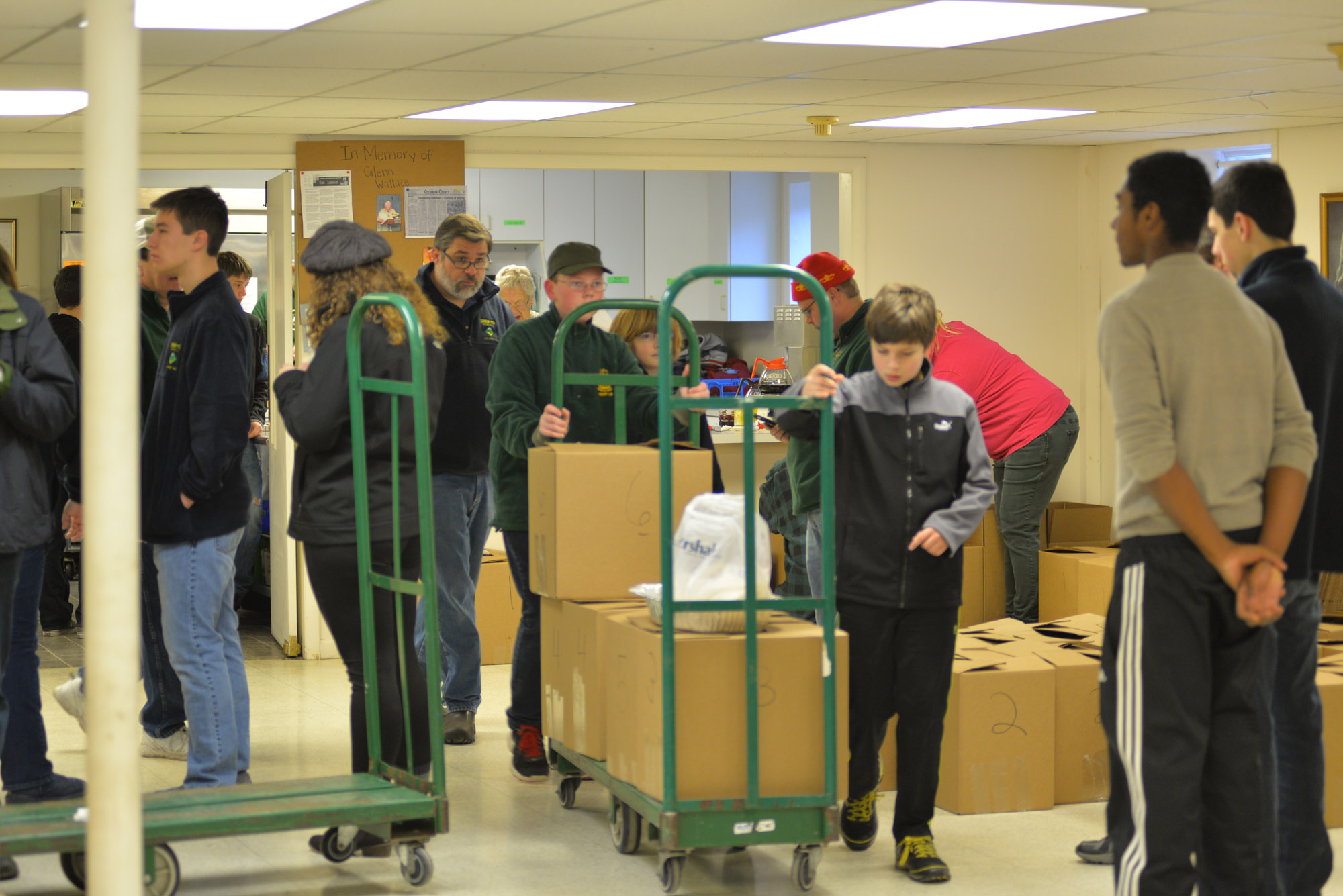 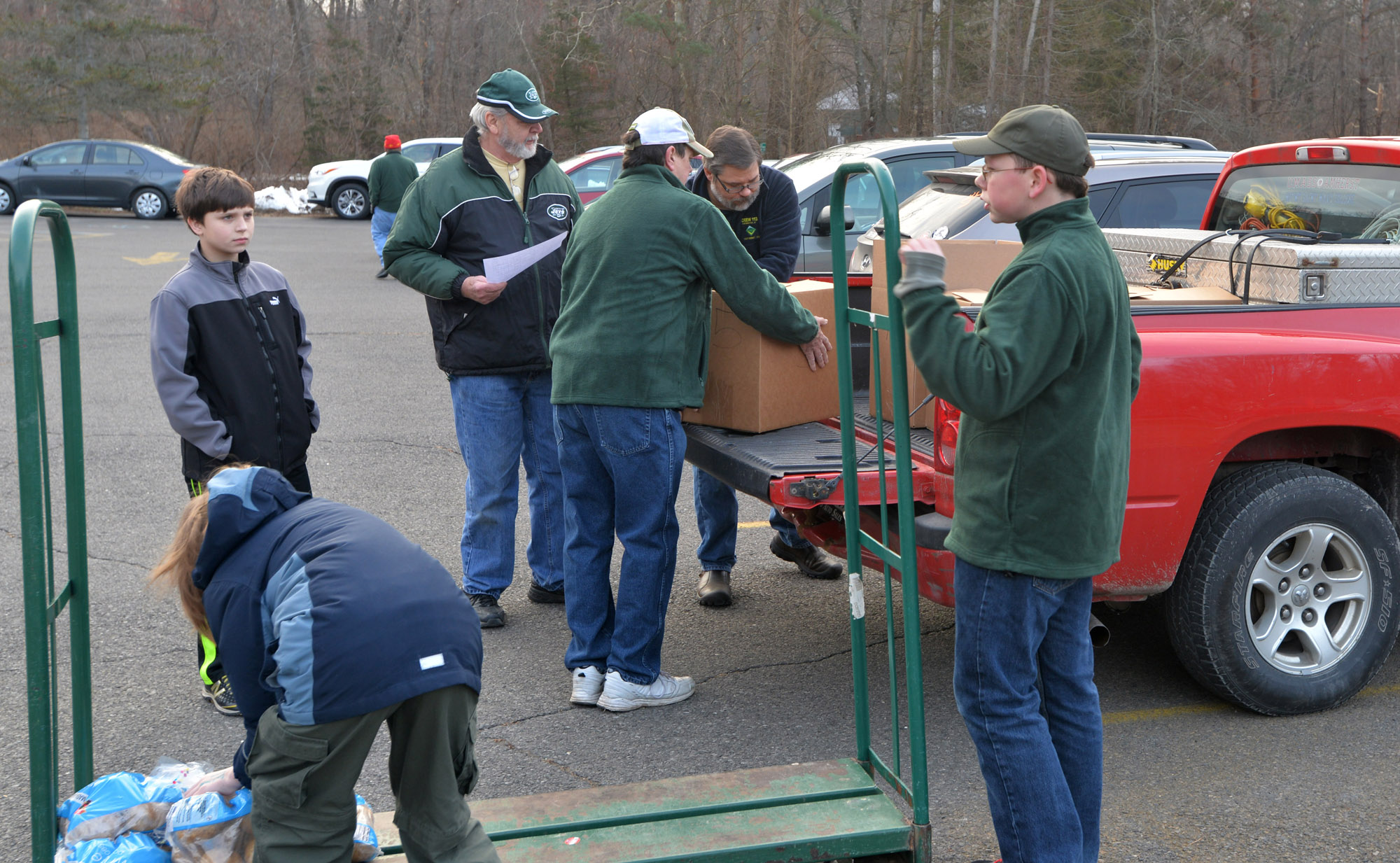 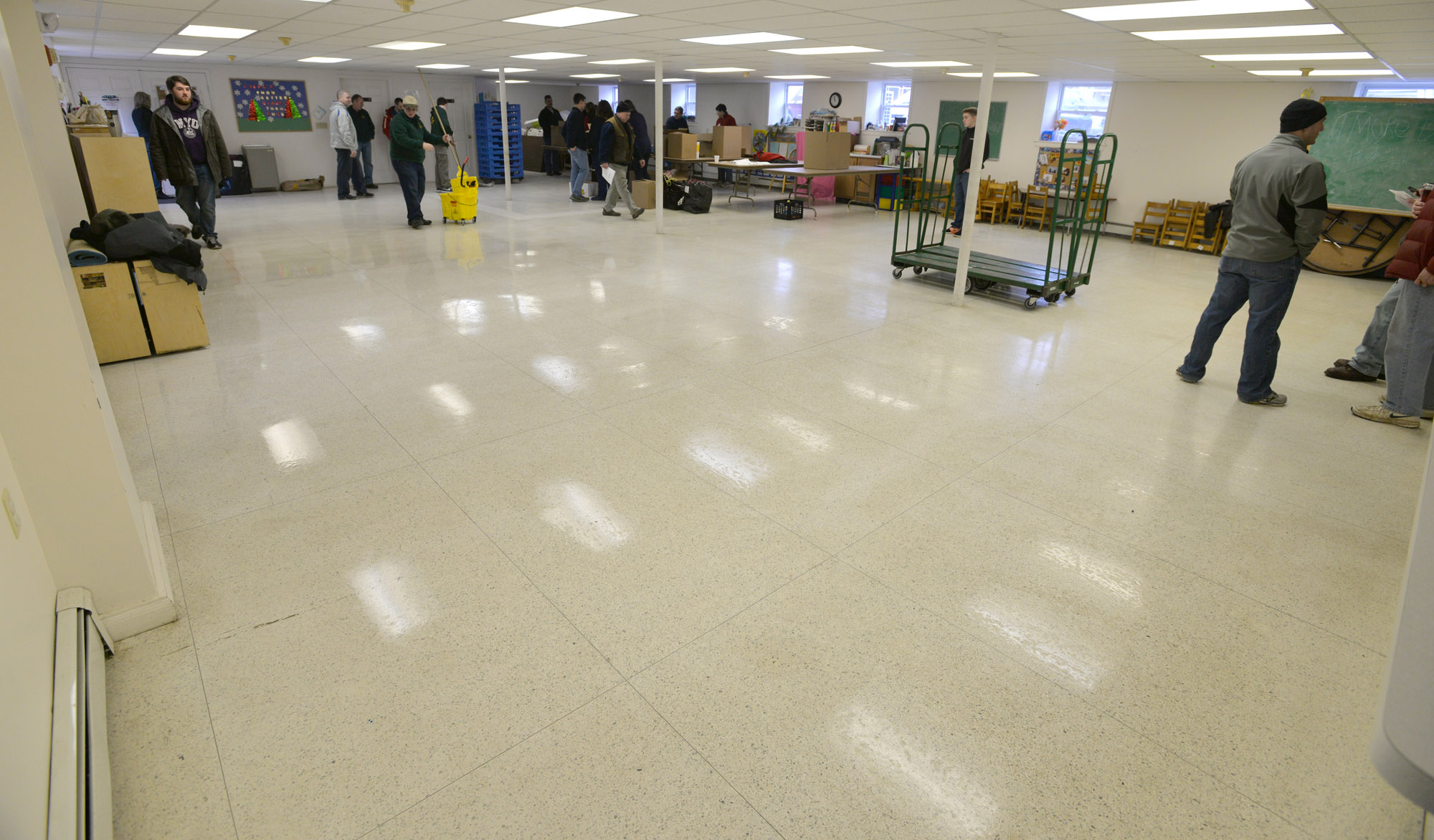 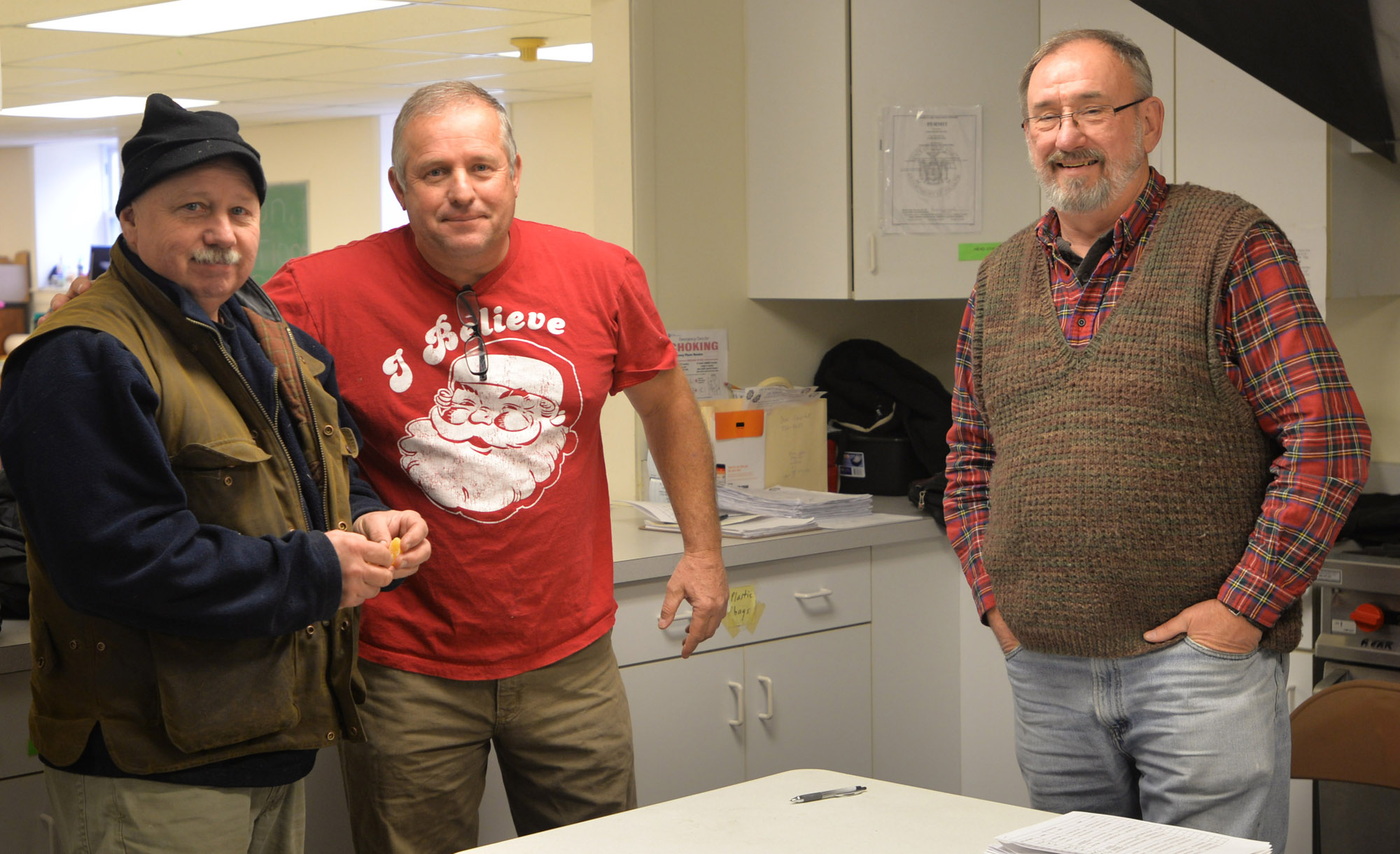 Glenn Wallace
Before deliveries commenced, volunteers paused for a moment to remember PER Glenn Wallace who chaired the fund for many years. 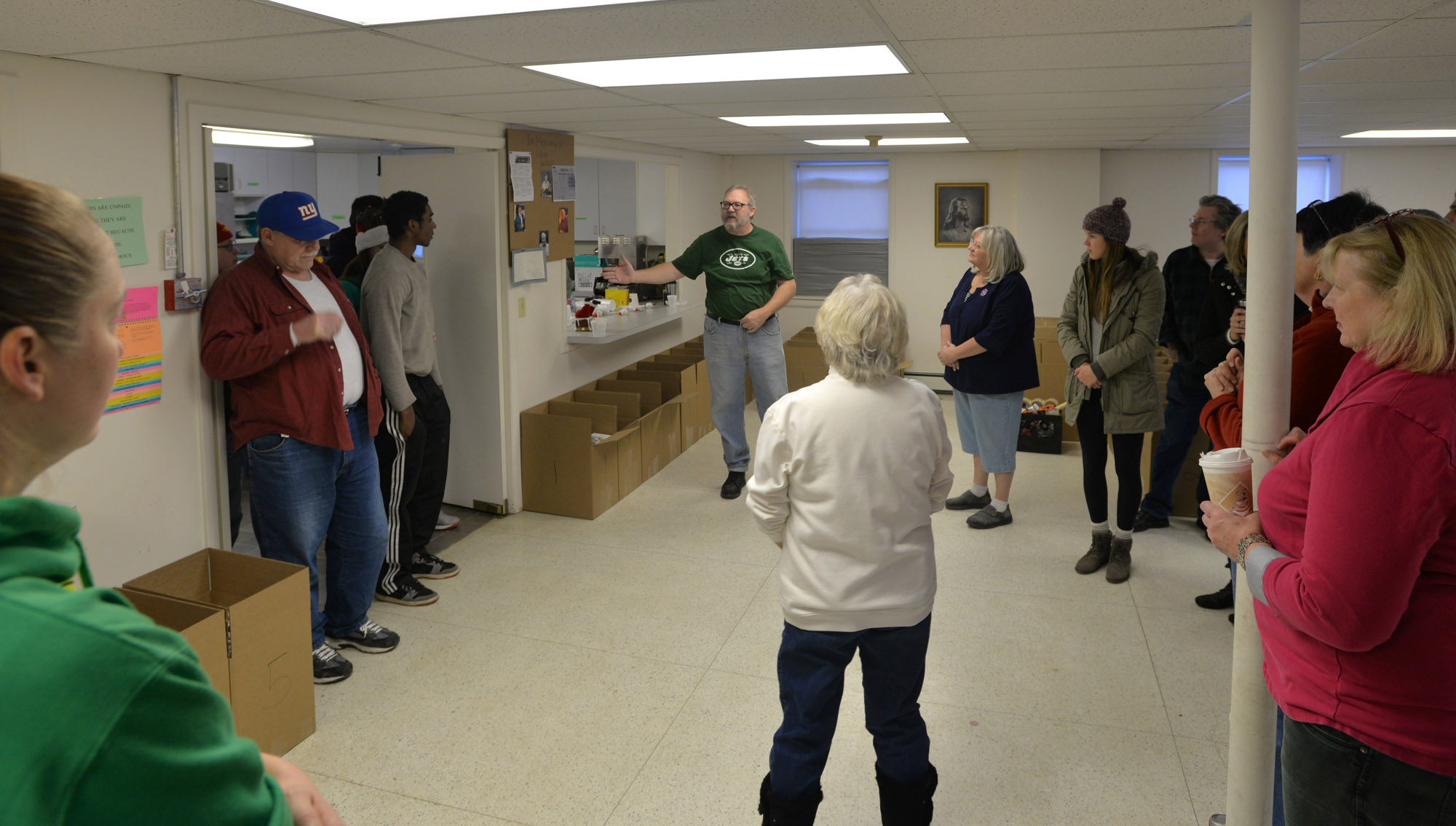 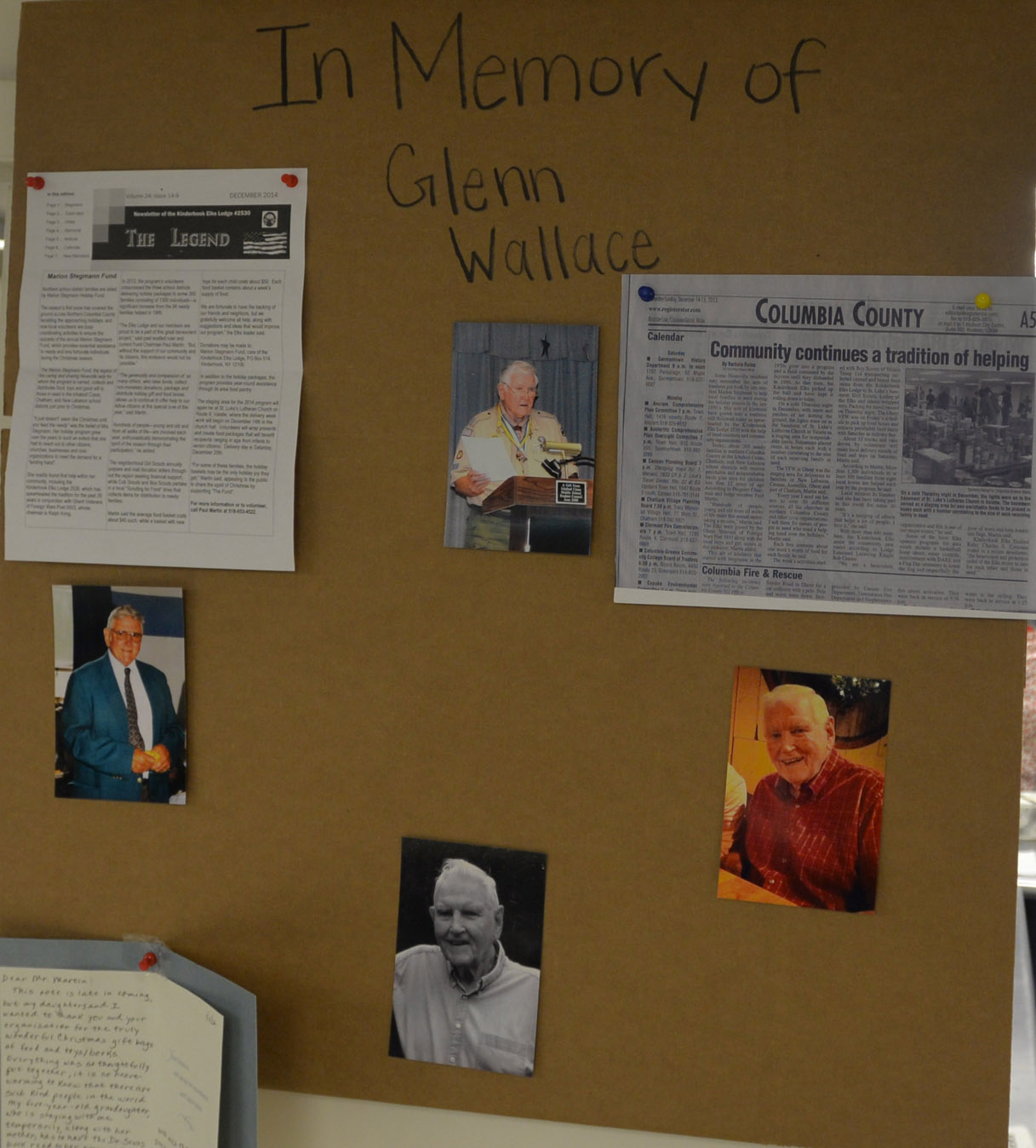