The ritual took the place of a lodge meeting as there is only one regular meeting in the months of July and August.

The new members are:

John Bock - originally from Minnesota, John and his wife moved to NY in 2002 and have been living in Valatie since 2007. In his spare time, John likes lake fishing.

Tom & Lori McDermott are Real Estate Agents living in Chatham. They have 3 adult daughters and 5 dogs. They moved into the area 4 years ago from Queens, NY.

David Gansowski has lived in Stockport all his life. He's been married for 16 years and, he ran his own seamless guttering company. These days he enjoys exploring with his metal detector and has uncovered a tunnel used by the underground railroad. 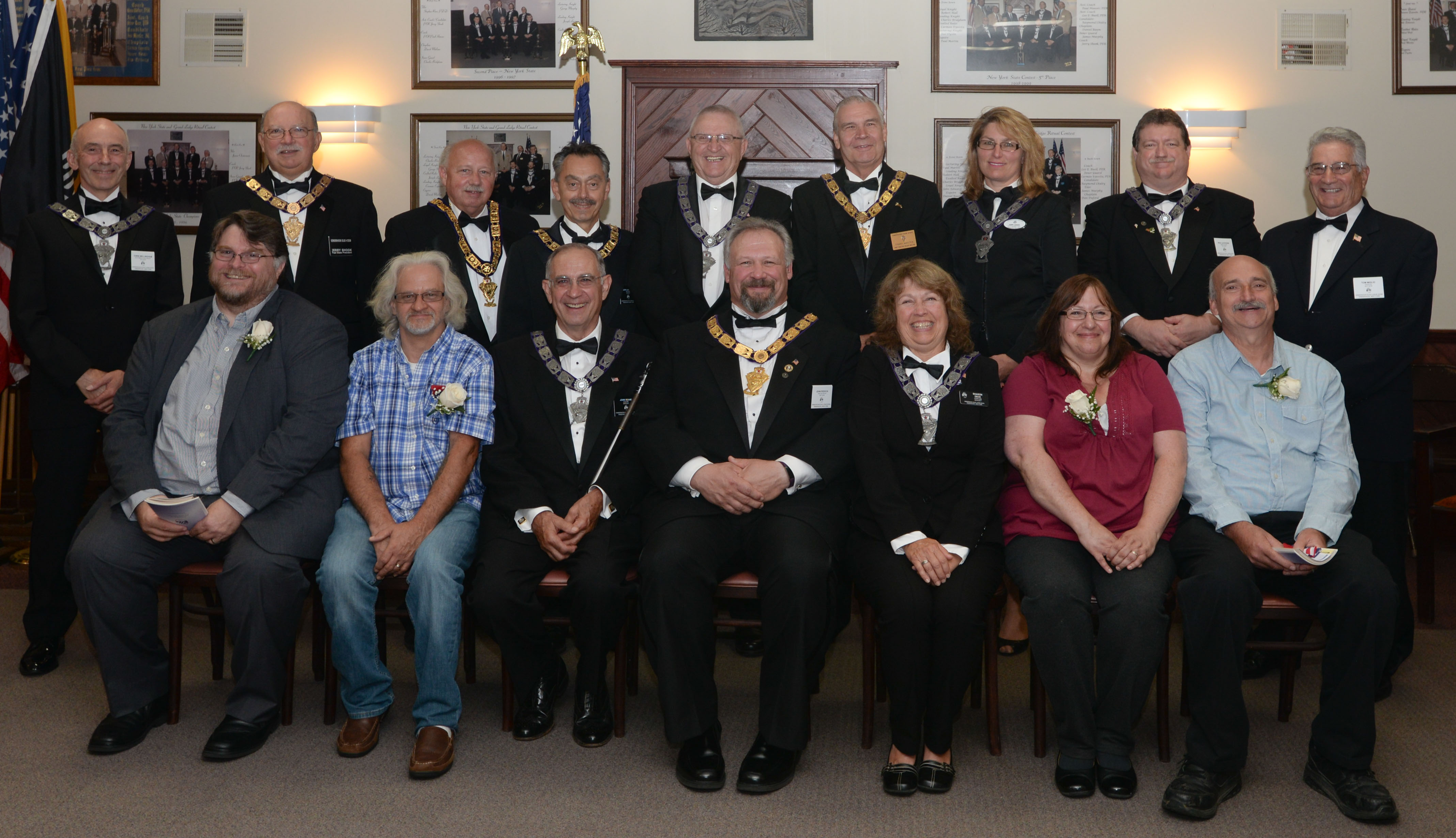